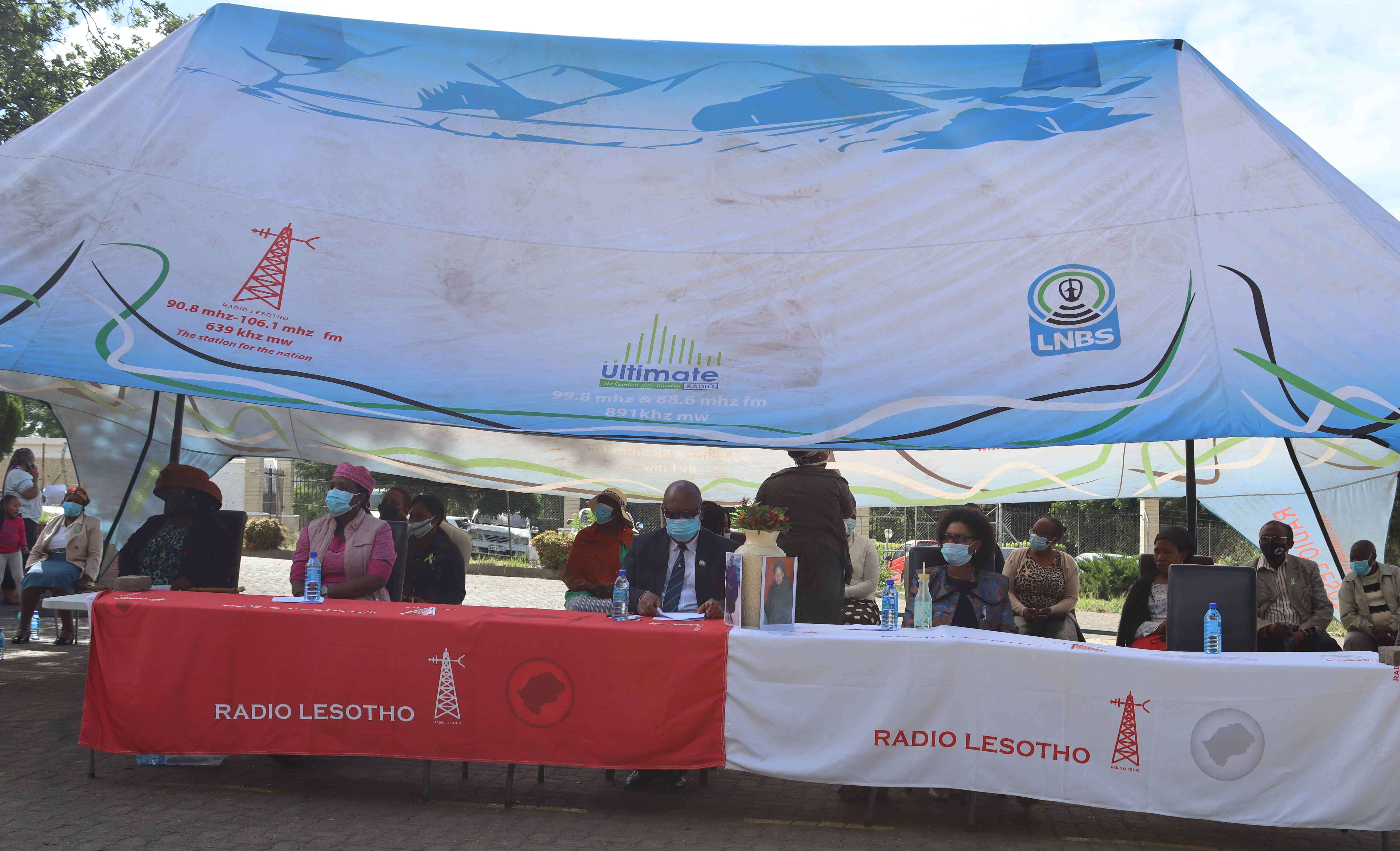 'MAKO HONOURED WITH A MEMORIAL SERVICE

December 09, 2020…The late Mrs. ‘Machief  ‘Mako, Lesotho Television Editor in Chief was hailed as a loving and brilliant person during a memorial service held at LNBS grounds.

Family, friends and colleagues in the media industry were all there to pay their tribute to the veteran who served the station for over 20 years thus far, until she met her death due to illness.

On behalf of the Ministry of Communications, Science and Technology (MCST), Honourable Minister Thesele ‘Maseribane expressed condolences to the bereaved family particularly daughters and sons of Mrs. ‘Mako.

He is confident through death, people meet their God adding those in the industry should continue undertaking the work the deceased was doing.

“Embrace your work, deliver to the best of your abilities, be cautious and avoid mistakes on the national television so that the station does not lose credibility.”

In the same token, LNBS Acting Director General, Ms. Mothepane Kotele  informed the nation that television is not only about appearing beautiful on the screen, it goes deeper to what Mrs. ‘Mako was doing. “We all are her products, she will forever be remembered,” she stressed.

In addition, Director Operations, Mr. Dyke Sehloho said editing remains the core business in as far as television is concerned, indicating not only have they lost a colleague but a mother who usually went an extra-mile to get the work done.

Those who operated under her supervision, Mpesa Letsie said ‘Sarafina’ as they call her did not only serve the Government of Lesotho but went all out, thus offered them editing skills. The deceased will be laid to rest in Maseru on Saturday, December 12, 2020.  “MAY HER SOUL REST IN ETERNAL PEACE.”