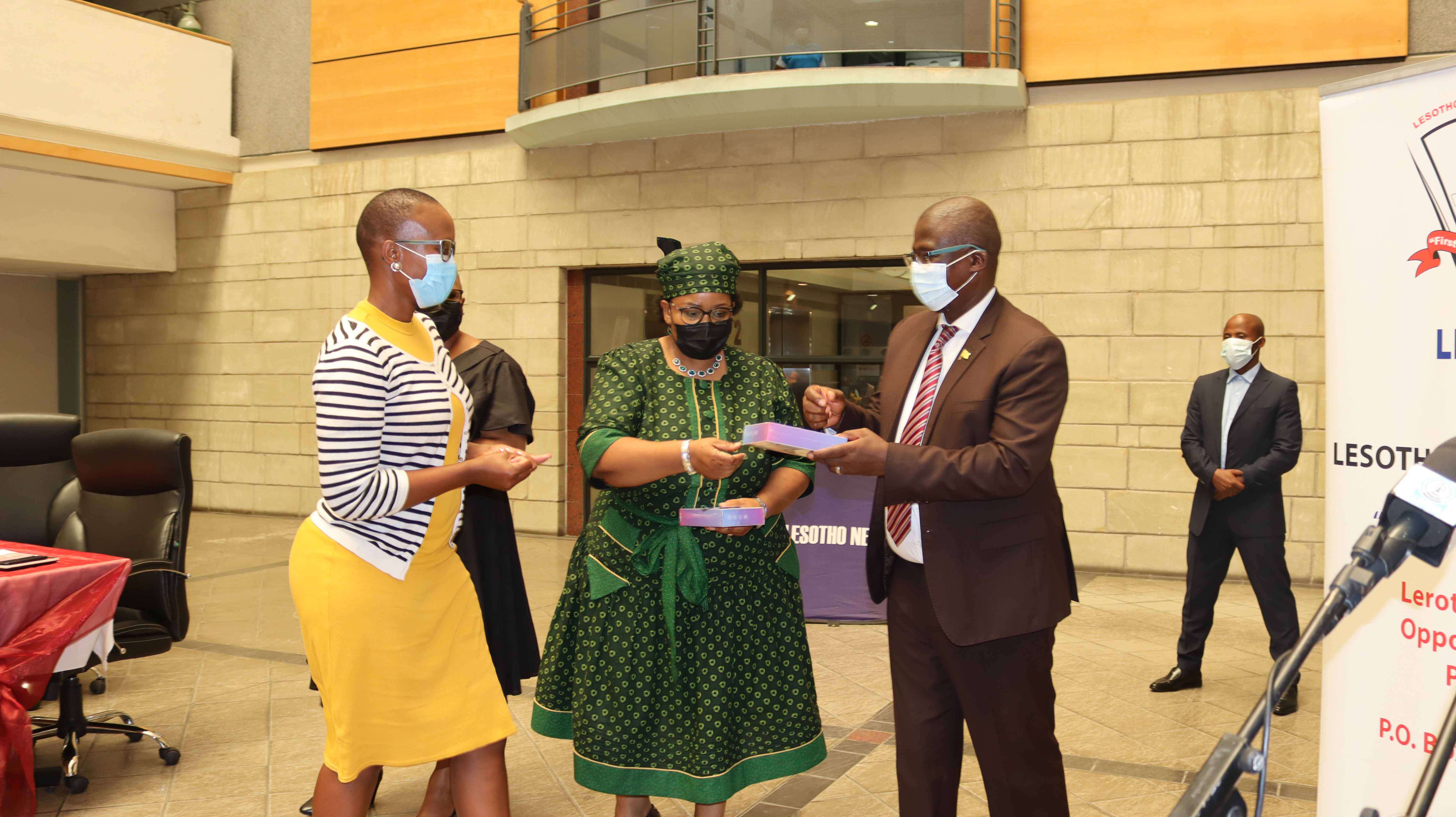 Feb 02, 2022...In an attempt to enhance Lesotho News Agency (LENA) motto of being ‘first with news,’ the Minister of Communications, Science and Technology (MCST) presented a total of twenty mobile devices (tablets) to LENA staff.

In his congratulatory speech, Honourable Rapapa said while being ‘first with news,’ Journalists should not deprive the audience the right to access unbiased and transparent news. “Use of this modern equipment is also a step ahead in reducing costs while serving the nation.”

The Minister further highlighted the importance of making sure that LENA ‘s website also communicates to the audience, as well as to expand to other forms of reportage that include use of social media platforms.

The Acting Principal Secretary (PS), Mrs ‘Mabataung Khalane expressed gratitude to the office of the Government Secretary (GS), for allowing MCST management to go ahead and purchase these devices, which she said are purely meant to ease the work of Journalists. 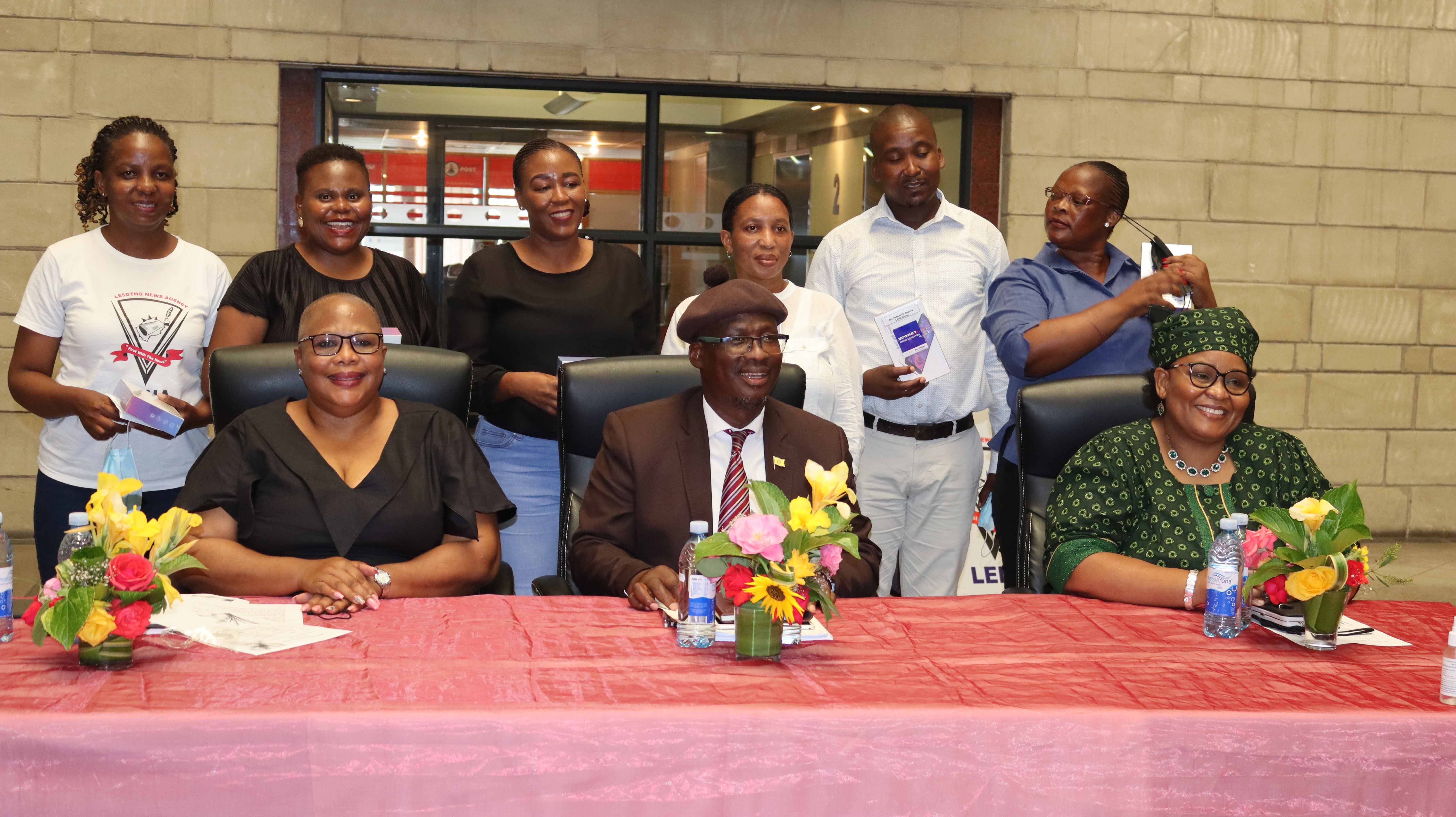 In another story, Acting Director LENA, Mrs. Moroa Mopeli  reminded staff that now that they have access to write stories quickly anytime, anywhere, it must be business as usual and all should start getting down to business. “We will also make sure that you have access to airtime and or data, so that you can be able to research your stories,” she emphasised.

Mrs Mopeli thanked Honourable Rapapa for supporting this move, she further appreciated LENA staff for having gone an extra mile, thus produce news for the nation using their personal devices.

On behalf of operatives, Mrs. ‘Mamonyooe Polane thanked the Minister and the entire MCST management for the modern equipment which she said will go a long way towards enhancing the agency's motto of being “first with news.”

She highlighted that the effects of Covid-19 have proved beyond reasonably doubts that technology is key if the world is to move forward, adding that gone are the days when they were forced to come back to the office and write stories using desktops, saying now they will write news immediately and when they happen. “We promise to use these devices for the purposes intended as well as to handle them well,” she accentuated.

Other speakers included Ms. ‘Makuena Linake on behalf of employees working in hard to reach areas, she said despite challenges, they have always produced stories, as a result highlighted shortage of transport as another major challenge they are facing.

The agency has employees across the country. It is through LENA that some media houses including the nation at large access news and information happening around them.