ATS headquarters is located at Khubetsoana which includes offices, production and workshop. Khubetsoana is at the north of the capital town, Maseru. It has also had two centres which is Malefiloane in the Mokhotlong district and Ha Sekake in Qacha?s neck district.

ATS is a department of the Ministry of Communications, Science and Technology. It was first established in 1978 under the name Solar Energy. The idea was to address the fuel deficiency problem that was becoming apparent. In 1981 it became Renewable Energy Technology (RET) project, which was later changed to Appropriate Technology Section. In 2003 it was renamed the department of Appropriate Technology Services, under the Ministry of Local Government. In 2007 it was transferred to its present Ministry as a directive of the National Science & Technology (S&E) Policy 2006-2011. ATS will soon be turned into a National Centre for Innovation and Research as mandated by the Policy.

Here are our best products 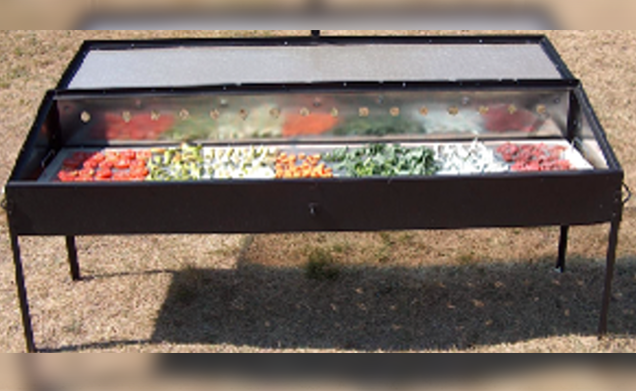 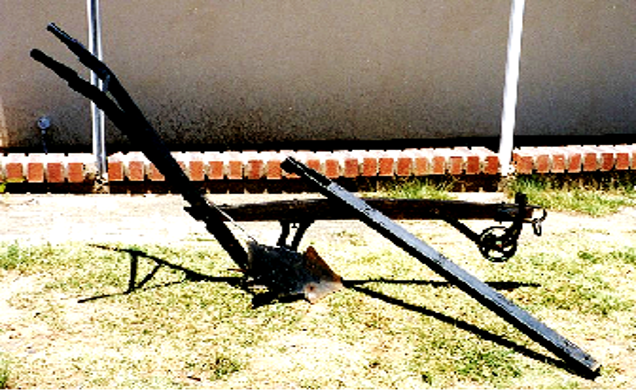 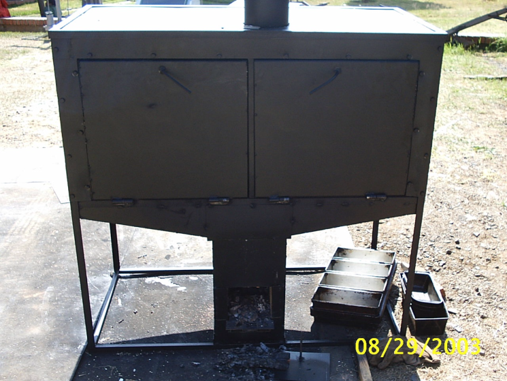 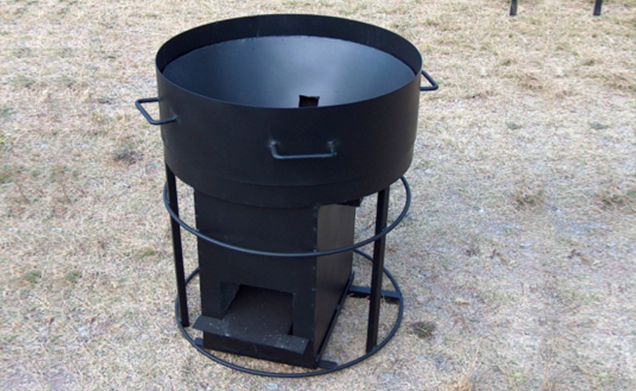 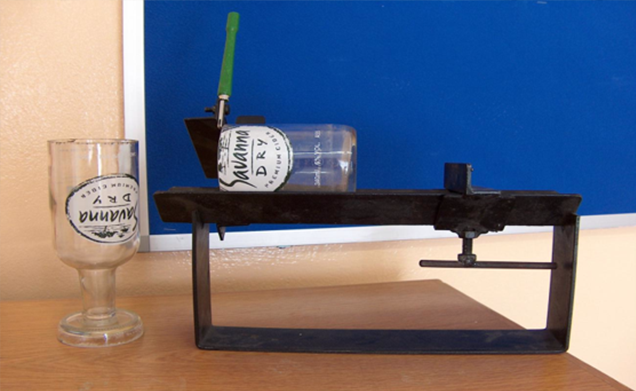 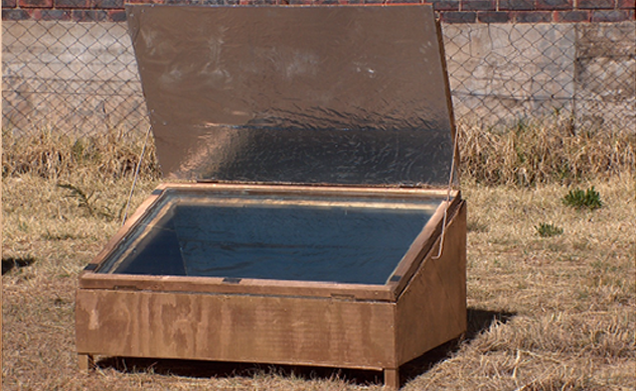 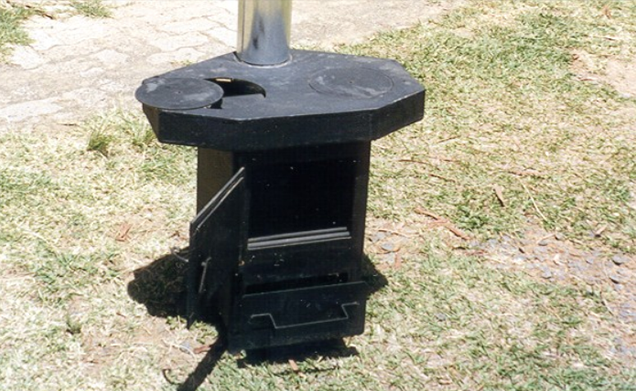 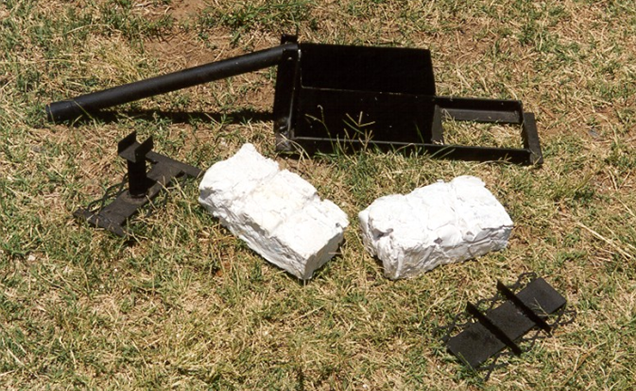 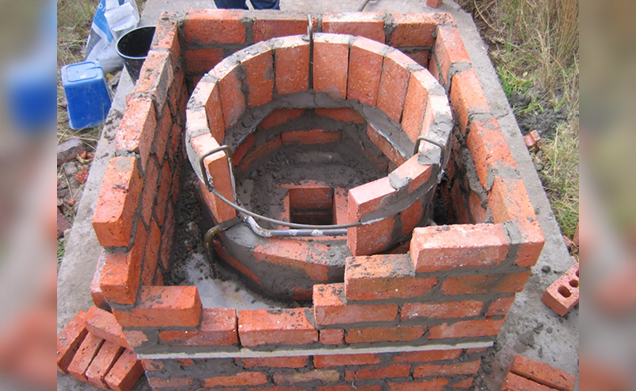 The project of developing a sand based mini-hatchery or incubator was conceived when a number of individual clients approached ATS with the need to own an affordable chicken egg incubator for a small commercial poultry operation. In addressing the need, engineers in the Agricultural Implements & Technology Programme of ATS embarked upon the production of a quarter size model of a life size incubator, of which appropriate tests could be conducted for successful operation. The model would be manufactured from locally available materials, with a low cost of manufacture in the ATS manufacturing workshop. Construction of the model has begun. Mini hatcheries have been used to hatch chicken eggs in several countries such as China, Egypt etc since around 3,000 years ago. Mini hatcheries can be constructed from cheap materials available locally, such as sand, to retain heat. The incubators can be easily made using readily available skills and tools. Sand-based hatcheries give the highest hatching percentages for chicken eggs as a result sand based incubators are gaining popularity. To operate the hatchery, fertile eggs are warmed up in sunlight before placement in the hatchery. When warm, the eggs are placed in the hatchery which is preheated to a specific temperature using a specific heat source. During incubation the eggs are rotated regularly until they are hatched after 21days. The incubator has the following components; incubator box, tray shelves, sand, kerosene lamps, thermometer and humidity gauge and water basin.

The project was initiated after few farmers came to ATS to request assistance on how to implement efficient, cost effective, and reliable measures to irrigate fields and store water for irrigation purposes. The project aims to leverage renewable energy technologies for irrigation of large fields, to significantly minimise the costs associated with irrigating fields. This is achieved using cost effective system, utilizing solar powered pump instead of diesel engine powered pump. Primarily, the project was purposefully undertaken to vigorously illustrate the potential for renewable energy irrigation system apparatus. This versatile system is designed for demonstration purposes, which will see ATS Agricultural Implements & Technology team, touring the country to encourage the farmers to adopt solar irrigation system that is configured to their specific needs. Some of the farmers who have already installed diesel engine powered pumps to irrigate large size fields mostly encounter problems with maintenance of diesel engine because of expensive parts, which are imported from overseas. The farmers mentioned urgent need to have a standby irrigation system which incorporates robust, and almost maintenance-free technology to avoid not having enough water on the crops under any circumstances. The system works best by transporting water from low level to a high level. Water can be pumped from a bore-hole to an elevated tank, e.g. PVC tank or constructed water tank. Water can be pumped from an open source like a river or a dam to a reservoir situated at a higher elevation in order to build pressure so that it will be easier for water to flow through gravitational flow to the fields for the purpose of irrigation. The system comprises of the following; pump, pipes, control box and solar panels.

Harnessing of solar energy for generation of electricity and water heating is a well-established technology. Various devices are used to harness the sun?s energy like solar photovoltaic (PV) panels for electricity generation and solar collectors for thermal energy generation with each device having its own associated efficiency. Energy efficiency is one of the most important factors to consider when harnessing the sun?s energy. This project was developed specifically to explore the possibility of harnessing as much of the sun?s energy as possible for generating electricity by maintaining the solar panel at a perpendicular angle to the sun?s rays throughout the day. This is done by placing the solar panel on a moving platform, otherwise known as a tracker mechanism since it tracks the sun?s movement and maintains the same angle to the sun. This project is a collaborative effort between ATS and Solar Turbine Group (STG), STG being a locally registered NGO with a sole purpose to develop and advance renewable energy technologies in Lesotho. The tracker is constructed from as much local content as possible in terms of the components used. It consists mainly of the tracker frame (which is mounted to the ground) with pivot points, electric stepper motor, electrical control unit, and a heliometer.

Lesotho as a developing country has many challenges in terms of access to modern amenities such as electricity by the majority of citizens. The Lesotho Electricity Company (LEC) grid electricity does not cover the whole country, neither can it economically do so due to the difficult terrain and sparse distribution of dwellings, especially in the rural areas. In many developing countries, establishment of mini grids has been identified as a viable option to achieve widespread electricity access and Lesotho is no exception. In realization of the need to pursue access to electricity by the rural population of Lesotho, ATS and STG (now incorporated as OnePower Lesotho PTY LTD) jointly embarked upon a project to develop and pilot a solar mini grid at a village of Ha-Makebe in the Berea district. The aim of the project is to demonstrate the viability of the first solar mini grid in Lesotho, applying the latest renewable energy technology solutions to solve challenges faced by inhabitants of territory unserved by LEC. The project consists of the following key infrastructure components; solar panels, battery bank, back-up LPG generator, smart meter system, distribution wire network, and control panel.

Due to the increase in the high yield of fruits such as peaches, apricots, prunes, apples etc. The use of household solar dryer was not enough as farmers requested for bigger solar dryer that will help preserve their products by drying. A large number of farmers especially in the rural areas have no electricity and cannot afford the price of connecting electricity. The idea of commercial solar dryer came after a feasibility study was done in Quthing, Mafeteng, Leribe and Butha-Bothe in order to find out if the product will be acceptable in the market. The commercial solar dryer is designed to be 4 times larger than the household solar dryer which is currently sold at ATS, it is also fitted with a solar powered fan to allow air circulation which will help to reduce the moisture inside the drying area and speed up the process of drying.

The bread oven is the product which has been manufactured at ATS for several years and has been performing well with high demand both in urban and rural areas of Lesotho due to its affordability and the high performance in saving the fuel (wood) and 32 loaves are produced in 45 minutes. The customers are more interested in being able to read the temperature as the current design has no temperature gauge. The modification includes the installation of the temperature gauge and controlling the direct heat from the fire box to the baking box. The design of installing temperature gauges has been completed.

The project of Electric Food Dryer/Dehydrator was initiated after customers approached ATS to find out if there is something that ATS can help in the design of an electric food dryer which will be affordable in price as the electric food dryers that came from other Southern African countries were exorbitant in prices. The electric food dryer is used to dry fruits, vegetables, herbs and meat in order to preserve food. Also, the amount of time it takes to dry food is shorter compared to solar dryers, though the running costs are high due to electricity usage. This an ongoing project which is consists of a box (2.3m3), 6 trays, electric element (to heat the air blown by the fans) and 2 fans.

A joint proposal by Department of Science and Technology (DST) Lesotho and the Department of Science and Technology (DST) Republic of South Africa resulted in securing a funding. The Tissue Culture project is hosted at the National University of Lesotho (NUL). The funds were used to buy infrastructure. The infrastructure was the installed in the laboratories at National University of Lesotho.